In 2008 — he became one of the founders of the Slowdance art project which has transformed a little idea into the record label, event series focused on conceptual electronic music and creative community.

In 2018 — he founded his personal Finetune live project.

Нe decided to merge his two favorite passions, art and music, into one creative flow instead of choosing between them. In 2019 — he presented his solo exhibition «Stairways and where they lead…» at WHO I AM Gallery.

Some of his ideas take place in an alternate reality – on the canvas. These contemporary paintings are later being included in space around, while his art messages can be interpreted and rephrased many times creating an endless number of new meanings. Turning his ideas from imagination to reality and paying attention to every detail, Michael Dop sees art as an exciting way to daydream unexpectedly, while looking at the artwork or listening to music, and travel through many of dreamworlds. 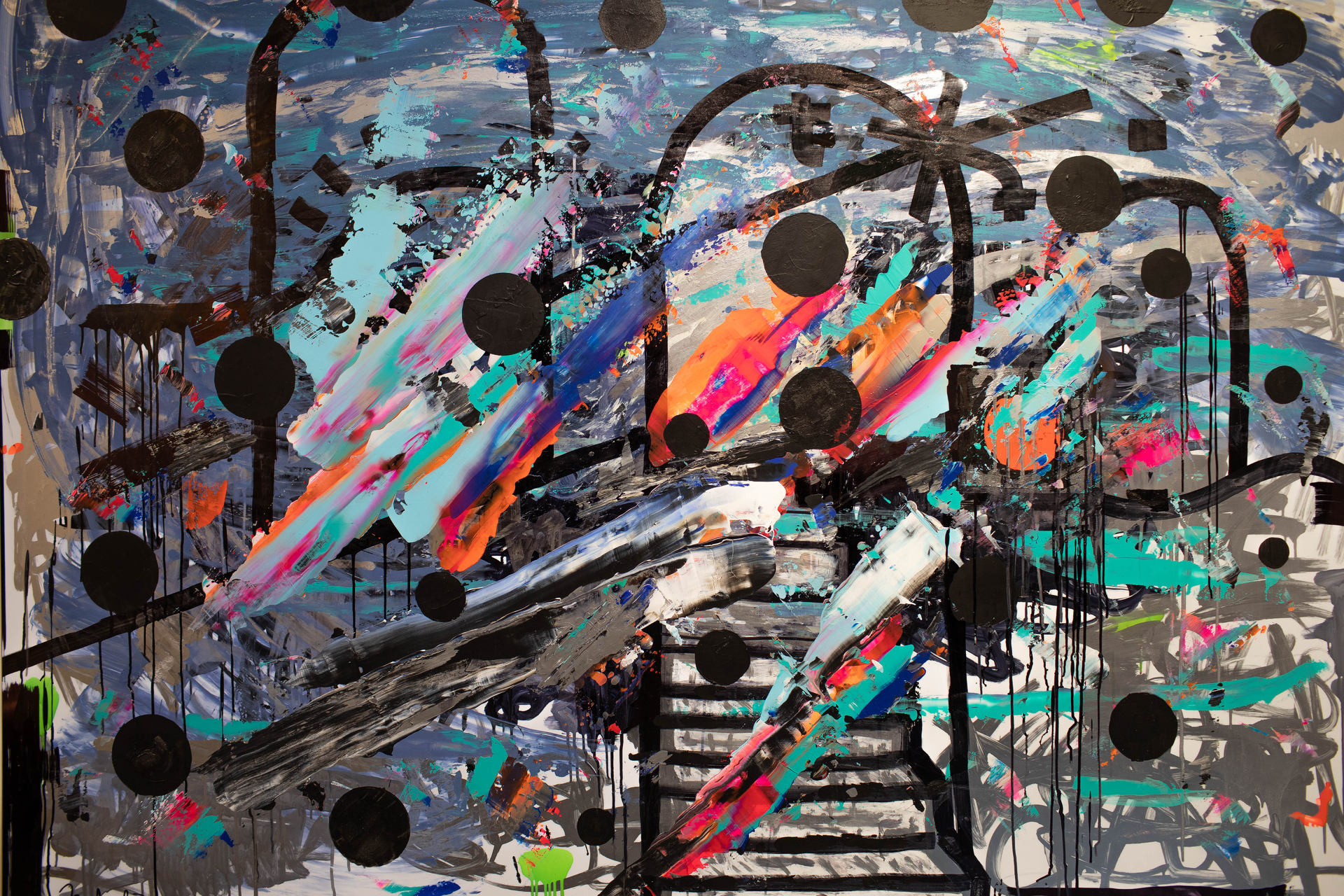