Vladimir Mukhin is the Russian artist famous for his works in techniques of tapestry and stained-glass window.

He was born in 1952 in Kineshma in Ivanovo region and graduated from the design faculty of the Ivanovo Art College in 1972. Since 1985 he has been a participant of the All-Russian Creative Public Organization «Union of Artists of Russia». The title «Honoured Artist of the Russian Federation» was given in 1999. He is the silver medalist of Russian Academy of Arts and double medalist of Union of Artists of Russia.

The Mukhin’s style is influenced by the techniques of tapestry and graphic arts. All tapestries are usually made manually in classic smooth weaving.

«Who we are?» is the exhibition, where the works of Russian artist Vladimir Mukhin united by the idea of the research of human postures and their implicit representation in the plots are presented. The artist uses the technique of tapestry and turns the arts and crafts into the visual speculation about the attitude of the person, search for a proper place in the world through the painstaking manual labor.

The tapestry or the arras is one of the oldest types of arts and crafts, which has been known since Ancient Egypt. Then it combined the utilitarian function of maintaining heat in the house with aesthetic function, because it was a luxury item. Arts and crafts was not only the important part of human culture, but also the main element forming the everyday life; it generally uses the national semantic of a group, which includes the master, and contains in itself the unity of private and universal, the creator's personality and the collective system of sighs, including language, traditions and notions about the human destiny. The creation of a tapestry requires special skill and slow, thoughtful execution. Nowadays the tradition of manual weaving turns the act of art into long-time meditative process, and the final work is formed around the plot as well as it imprints the special structures of minds and ways of seeing.

Vladimir Mukhin wants to present the tapestry beyond arts and crafts, he presents it as a complicated artistic connection between weaving and textile painting, which allows the master to find the space for experiments with the decorative nature of the material. The distinctive feature of his works is the combination of the techniques of manual weaving and graphic to create the multi-figure compositions with dynamic background and static image in the foreground. Despite the seeming immobility of figures every work is the encrypted text, which sends the viewer to the inner posture of the artists and the symbols expressed by a textile product through the plot.

At «Who we are?» exhibition the role of manual labor as a method of gnoseological research dedicated to the process of sense formation in the textile is actualized. If a tapestry is s firstly not the technique or material, but the mentality demonstrating the existence of the certain codependency of objects and senses in the imagination, can the reflection about these links expand the view of a person and ourselves? 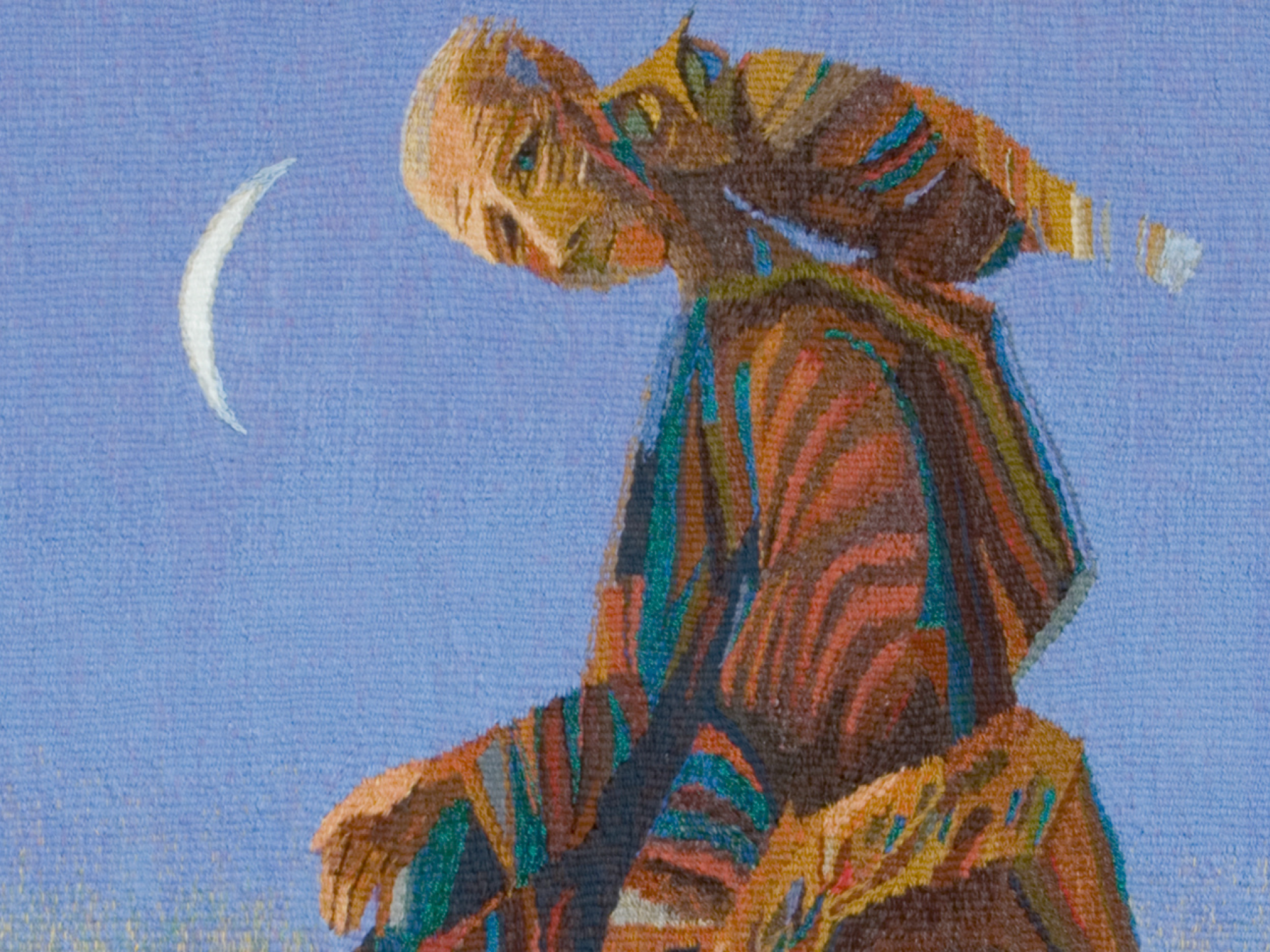