Michael Dop is the artist, designer, DJ and music producer, united it all into the single creative flow.

In 2008 he became one of the founders of Slowdance art project, which has evolved from the little idea into the label, the series of events devoted to conceptual electronic music and creative community.

In 2018 he started his author’s live project. Finetune is the musical poetry, created by intertwining of synthesizers, drum machines, groove-boxes and voice.

Artist represents his paintings as the alternative realities, located in space, where the initial ideas and creative narratives are interpreted in several ways and generate the infinite cloud of senses. He depicts the elements of his imagination and offers a viewer to enter the other worlds.

His exhibition, named as «Stairways and where they lead…», is dedicated to the desire of discovering the unknown, which is the main motivation of human civilization. Trying to solve a puzzle, a man hasn’t noticed the solution right before the eyes. Literally «before the eyes» there is a consciousness, but it is difficult for a person to separate it from the body or to admit that it can be the desired answer, source, portal, absolute.

A stairway is a symbol of the spiritual path, an image of an action, leading to the understanding of the inner world. A stairway is a timeline, losing its meaning when a person hears what is hidden behind the door. 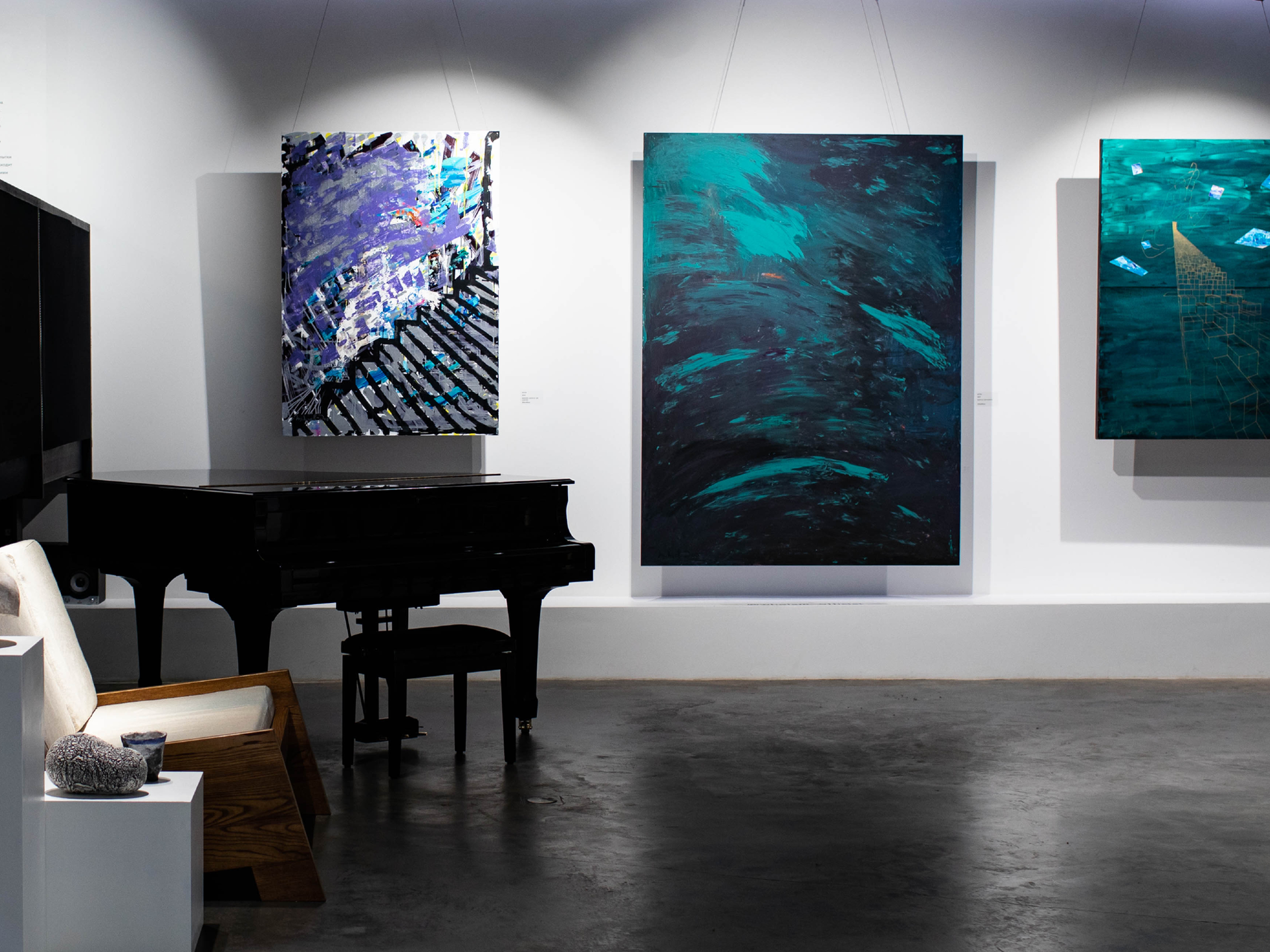