Dialogue as a form of expression and transmission of thoughts has taken its place in culture thanks to Plato. Asserting its canonicity, the dialogue finds itself in the culture of the Renaissance and later eras. From 1487 to 1513, Pietro Bembo, an Italian humanist and scientist, wrote his Gli Asolani (1505), De Aetna(1496), and Prose della volgar lingua (1525), where Bembo, often referring to the classical heritage, is engaged in historical, philosophical and philological studies and uses the form of dialogue as a way of carrying out his theoretical concepts and judgments in the text field. Lodovico Dolce’s later work, Dialogue on Painting (Dialogo della pittura intitolato e Aretino, 1557), presented as a dialogue between the influential Venetian writer, publicist and public figure Pietro Aretino with the Florentine humanist and linguist Giovanni Fabrini, marks a development of Venetian independent art theory and becomes a manifestation in the space of the artistic life of that time, simultaneously reflecting such a phenomenon as paragone - disputes in the educated part of society about the hierarchy of arts in the Dialogue makes itself felt in connection with Horatian discourse ut pictura poesis (comparison of painting and poetry).

We know many artistic manifestos of the twentieth century created by artists. The number of artistic program statements today continues to grow, being multiplied by the breadth of the problems of contemporary art and the number of diametrically opposed opinions on this subject. However, there is still a way to hear each other: it is necessary to turn to dialogue as a classical cultural and artistic unit again and again. Two artists - Jacob Yakubov and Kayhan Salakhov - present their form of dialogue: artistic and conceptual. In the exposition, it is built up thanks to the works, as well as with the help of sound, color, light and the space surrounding them. The result of the juxtaposition of these individual artistic paradigms is the synthetic existence of all installation actors within the artistic space, potentially capable of generating a holistic utterance. 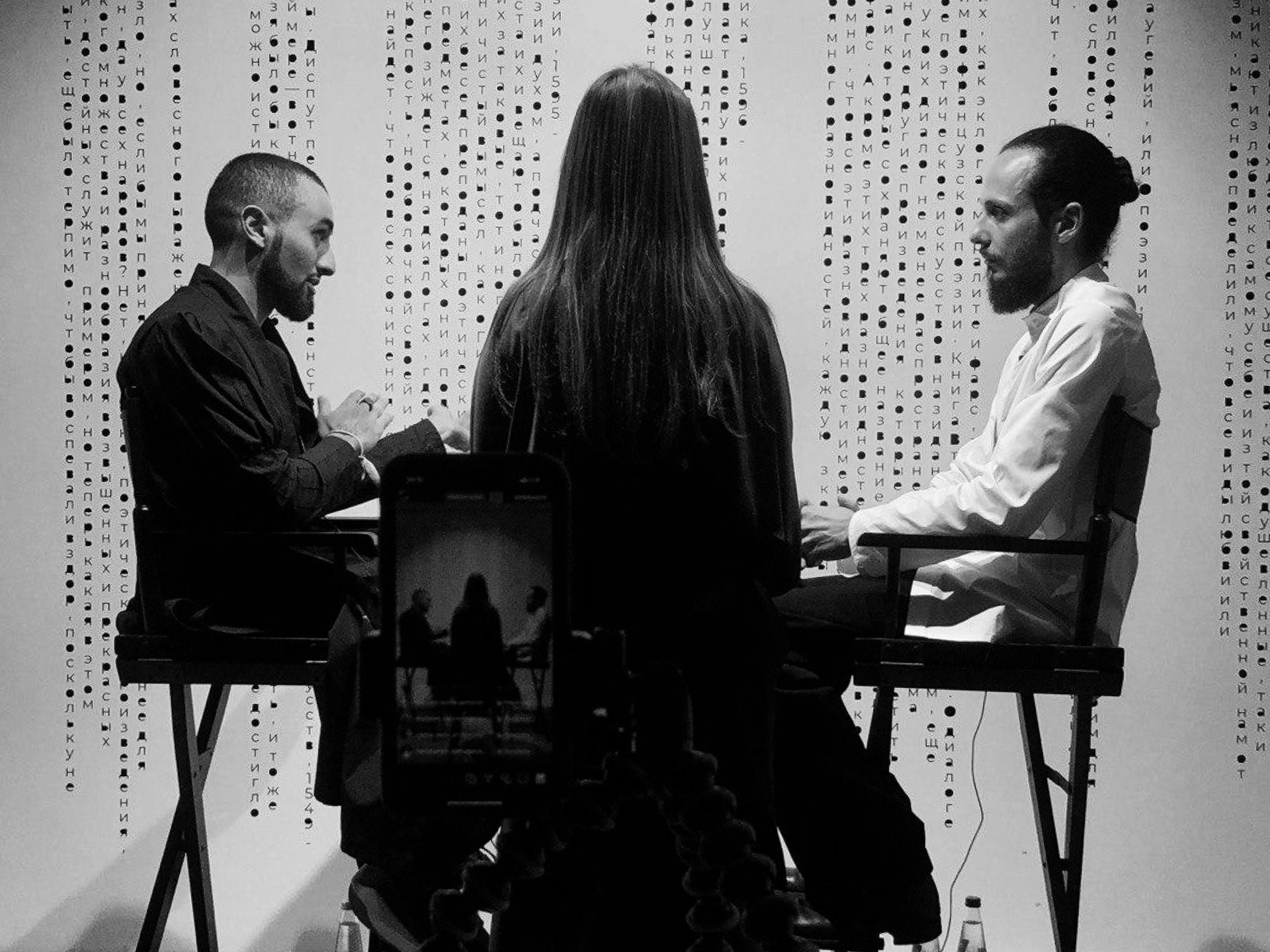